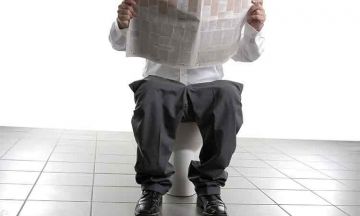 What are the homeopathy remedies for Constipation?

Remember 2015 Amitabh – Deepika starrer Piku? The movie revolved around Piku’s father Bhaskor Banerjee, who suffered from severe constipation. When this movie hit theatres many of us wondered how and why would anyone make a movie on such topic and who can relate to it? Well, about 14 per cent of India's urban population did relate to Mr. Banerjee's problem, because they knew how terrible it feels to suffer from chronic constipation! The condition affects almost 2 per cent of the population globally. It is more common amongst females. If you too are suffering from constipation, homeopathy can provide effective treatment that is safe yet non habit-forming. Click below to book an appointment with our doctor to treat constipation with natural and safe medicines.

What is constipation (in medical sense)?

A large number of people incorrectly believe themselves to be suffering from constipation if they do not get a bowel movement every day. The medical understanding of the disorder is, however, slightly different from this. Having less than three bowel movements a week is termed as constipation. Also, having hard stools or requiring straining at stools for a long time also constitutes constipation

Though it is unusual for any one specific food to cause constipation, it has been observed that non-vegetarian foods that are often found hard to be digested can cause infrequent bowel movements if you eat them daily in larger proportion. It is important to have fiber rich diet.

Constipation, in most cases, is an outcome of faulty eating habits and lack of exercise. Some of the common triggers include:

In case of constipation in children, the following must be considered:

Some rare causes of constipation include tumor of the bowels, lead poisoning, lactose intolerance and spinal cord injury that has damaged the nerves that reach the intestines.

When to get medical consultation

Some symptoms that you must watch out for and report to the doctor at the earliest are:

The goodness of homeopathy lies in the fact that the medicines are safe and non habit-forming, unlike the laxatives.

Homeopathy gently brings the functionality of bowels back to normal. This helps in regularization of bowel movement and formation of stools of normal consistency. After starting homeopathy treatment, most patients can reduce their dependency on the laxatives, purgatives, and cathartics successfully.

A large number of people suffering from chronic constipation have been successfully treated with homeopathy at Dr.Batra'sTM with long-lasting results. Foods To Avoid When Suffering From Piles (Haemorrhoids)
Posted By: Dr Batra's Doctors,