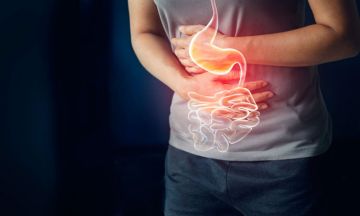 THAT GUT FEELING ABOUT DIGESTIVE DISORDERS

Gastrointestinal disorders can be classified into 2 major categories:

In these disorders the GI tract looks normal but it doesn’t function properly. The most common problems that affect the GI tract are:

In these disorders the GI tract looks abnormal and doesn’t function properly as well. Some of them are listed as below:

Homeopathy has a great proven worth in treatment of multiple digestive disorders including but not limited to stomach infections, constipation, IBS, diarrhea, hemorrhoids even cancer in some cases. For e.g., a clinical study found that 62% IBS patients who took homeopathy saw positive results, as opposed to only 25% patients benefitting from allopathic treatment.

However, be aware of the following severe symptoms and get a diagnosis as soon as possible:

The age old saying ‘trust your gut’ is probably true, so if your gut tells you something is wrong then better get an appointment at https://www.drbatras.com/book-an-appointment