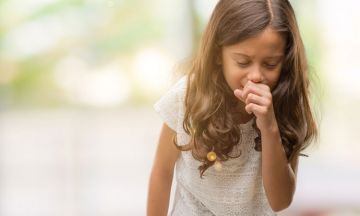 In a patient survey conducted by the British Lung Foundation, nearly 39% of Chronic Obstructive Pulmonary Disease (COPD) patients had been told they have asthma instead. Even though asthma and chronic bronchitis both are characterised by airflow obstruction, the ratio varies.

So how can one define asthma? Asthma is a condition in which the airways become inflamed, narrower with the swelling and extra mucus is produced. This narrowing of the airways is caused due to the hyper responsiveness of the airways. It can be difficult to differentiate between types of asthma since the underlying causes, symptoms and triggers are based on each individual and are different.

Also, the inflammation which is caused in asthma and chronic bronchitis varies. Both may have similar symptoms but the causes are different such as different viruses, pollution or smoking can cause bronchitis. The triggers such as pollen, dust or genetic factors can lead to asthma. Moreover, chronic bronchitis is a slow progressive disorder characterized by inflammation in the lining of bronchial tubes, which carry air to and from the lungs.

The common asthma and chronic bronchitis symptoms are shortness of breath, coughing, wheezing or a whistling sound while breathing and chest tightness. Asthma symptoms occur periodically with certain events triggering the attacks such as exercise, allergies or even at work but with chronic bronchitis it is rather more long-lasting.

How Is The Condition Diagnosed?

Even though these two conditions are different, there is lot of overlapping which can make it difficult to analyse. Here are a few common ways of diagnosing:

Spirometry: It is a common and non-invasive test to evaluate the range of the air you exhale and how quickly you exhale. The force is generally reduced if one is suffering from asthma.

Chest X-ray: This helps in imaging growth in the lungs that might be causing various symptoms. Taking an x-ray ensures it is not related to other disorders such as pneumonia.

Sputum Test: It is a sample taken of the mucus produced; this is then tested for the bacteria, to find out if you have any infection.

Allergy Test: Often asthma is caused due to allergies hence testing for allergies such as dust, mold, and pet dander can help diagnose what triggers asthma symptoms.

The following tips can help you deal with asthma and chronic bronchitis:

What Are The Treatment Options?

Since chronic bronchitis and asthma have similar symptoms the treatment is also not far off for each other. These long-term disorders require supporting the immune system to better fight the viruses and bacteria. The homeopathic treatment’s ultimate goal is to provide relief from the symptoms and open up the airways helping you breathe easier. Homeopathic asthma treatment helps to avoid asthma triggers and reduces the frequency of the attacks. It also aims to shorten the duration of illness in chronic bronchitis and rules out the need for any antibiotics. Respiratory conditions can hamper the quality of life with the interference in daily chores. Conventional drugs are known to only suppress the symptoms, cause drowsiness and create dependency.  Homeopathy is not only safe and natural but also effective in reducing dependency on conventional drugs. Homeopathy at Dr Batra’s carefully considers the physical conditions such as weather changes, dust allergy, daily activity to the emotional concerns of the patient. So why not Book an appointment to consult our team of experts or WhatsApp us to find answers for your concerns.