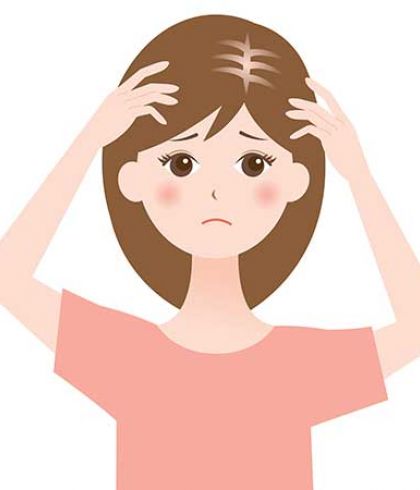 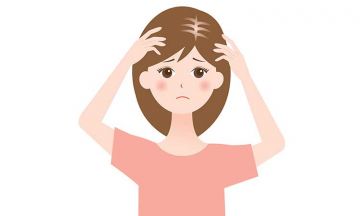 Is your Hair thinning? It could be Female Patterned Baldness

Are you experiencing any of the following?

If you have ticked 3 or more of the following, you may most likely have female patterned baldness. Consult your trichologist to confirm the diagnosis.

There is a distinctive relationship, in women, between their mother, sisters, aunts and grandmothers – when it comes to hair thinning patterns. The problem tends to run in families and is passed on from one generation to the other. Unlike men, genetic hairloss in women affects the back of the head and also the sides. Hence they do not go bald like men, but lose hair diffusely all over the scalp. This happens because DHT (dihydrotestosterone) – sensitive hair follicles in women are spread diffusely all over the scalp. Females have oestrogen which is a hair-protective hormone in females. When this hormone falls below normal levels and ups the level of male hormone, testosterone in the body which results in hair loss in women. Female patterned baldness (FPB), like male patterned baldness, is triggered by hormonal imbalance in the body. Conditions, such as ovarian cysts (or, PCOS), or menopause are exclusive triggers for female patterned baldness.

“Female patterned baldness and hair loss in women can be attributed to a number of factors, including hormones and genetics, or can be associated with various medical conditions. Hair loss can stem from various issues that females are prone to such as anemia and hypothyroidism, and it can affect women who have recently given birth. Other causes may include crash dieting, significant emotional illness (such as post-traumatic stress disorder) and general stress. However, stress-related hair loss tends to be temporary, and usually the hair will grow back within six months.”

Women affected by hair loss may show hair thinning on the scalp when hair is parted in the midline. The exposed area resembles a ‘Christmas Tree.’ A small percentage of women with hair loss may also show male patterned baldness. Once the cause of hair loss is determined, the next step in figuring out the best course of treatment is to evaluate the extent of the hair loss. Several scales measure the extent of female hair loss, but the most common standards is the Ludwig Scale.

In Stage 1, the hair begins to thin but the central partition does not get visibly wider like other stages.

In Stage 2, the thinning at the centre partition of the scalp is now visible. At this point, you probably have lost a good amount of hair. Now is the time to see a doctor, if you haven’t already.

In Stage 3, your scalp gets obviously visible. In this stage you may have lost more than 60% of your hair. It could be with visible hair thinning all over the scalp.

In Stage 4, represents a woman with severe female pattern hair loss, concentrated at the top of the head and crown are.

The inference is obvious- Hair plays a vital role in a woman’s life. A head full of lustrous locks for a woman exemplifies beauty, feminine grace and poise. If you think that you belong to any of the above mentioned stages of hairloss then visit your nearby Dr. Batra’s clinic and our expert will help you with best suited treatment option as per your stage of baldness.