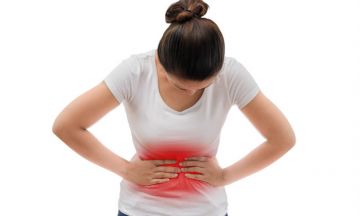 6 Things That Could Be Giving You Peptic Ulcers

Smruti began suffering from repeat episodes of acid reflux post-mealtime or whenever she drank tea. Soon, her stomach started to pain severely whenever she ate and she began to experience the occasional bout of nausea. Smruti went to her doctor, who diagnosed her that what she had were stomach ulcer symptoms.

Stomach ulcers, also known as peptic ulcers, are sores in the lining of the stomach. These sores occur because the protective layer of mucus has eroded away, thus leaving the inner stomach lining open to the direct effects of digestive acids. While ulcers are common, the symptoms can be hard to live with on a daily basis. This is especially worse if you suffer from ulcers frequently. Let’s take a look at 6 things that could be giving you peptic ulcers.

An infection from the bacteria Helicobacter Pylori, is one of the most common stomach ulcer causes. This bacteria spreads from person to person through saliva, as well as through contaminated food and water. The H. pylori bacteria can live in the stomach mucus membrane and cause an inflammation as it multiplies. This inflammation ultimately leads to ulcers.

Nonsteroidal anti-inflammatory drugs (NSAIDS) are medicines prescribes for diseases such as arthritis as well as providing relief from minor body aches and pains. NSAIDS are often prescribed by doctors and do no harm in short term consumption. However, a prolonged dependence on NSAIDS, such as aspirin, can lead to the formation of long-term stomach ulcers.

While stress does not cause ulcers on its own, it is known that chronic stress can worsen an underlying ulcer condition. Stress does impact blood flow to the stomach as well as increases the production of acids in the body. This ultimately increases one’s risk of digestive disorders. And, we already know that high levels of stress cause heartburn and severe acid reflux.

Light drinking as a social activity is not frowned upon. Yet, heavy drinking, or alcohol abuse, has many known side-effects, all of which are detrimental to health. In the case of ulcers, alcohol is known to irritate the delicate stomach lining and erode the protective mucus layer. This can worsen any existing ulcers, cause new ulcers to form, and even lead to certain areas of bleeding within the stomach.

Hypercalcemia is a condition marked by excessive amounts of calcium in the blood. This rare disease occurs due to overactive parathyroid glands. One of the main symptoms of hypercalcemia is the formation of stomach ulcers due to high gastrin levels. Hypercalcemia is a serious condition and requires medical attention. If left untreated, it can cause pancreatitis.

Salt by itself does not cause stomach ulcers. However, medical research has found that consuming a diet high in salt can irritate the H. pylori bacteria present in the stomach. This can lead to a minor bacteria infection turning into a full-scale ulcer problem. While you may curtail salt in your food, the real culprits are snacks such as hips, frozen foods, pickles, and other processed meals that are loaded with salt.

Stomach ulcers are treated with the help of antacids to reduce acid production and antibiotics to help kill infection. It is important that the patient also follows certain diet and lifestyle changes to supplement the effects of these medicines. Here are some handy and effective tips if you are undergoing treatment for a stomach ulcer.

1. Eat foods rich in flavonoids as these have a gastroprotective function in the body. Foods in this list include citrus fruits, all kinds of berries, beans and nuts, as well as beverages like red wine and tea.

2. Do not keep large gaps between meals. Eat a snack at least every 3 to 4 hours.

3. Avoiding over consuming dairy products. A milkshake or an ice cream might provide relief from acidity, but on the long run, milk is quite acidic in nature.

4. Avoid self-medicating. Remember that the doctor knows the ingredients of a medicine that will suit your symptoms better than a pharmacist.

5. Resist the urge to consume regular antacids for your acidity. You might need antibiotics so refer any acid reflux problems to your doctor.