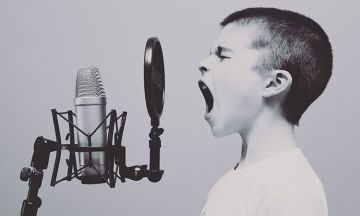 Eliminate the noise, celebrate the voice and sing with poise, thanks to homeopathic tonsillitis treatment.

Be it the future Lady Gaga, the aspiring Neha Kakkar, or maybe a one-off young aspirant aiming high in the music fraternity, something as trivial as a throat infection can come in the way of your child’s dreams! Tonsillitis is common in children as they are more susceptible to contract tonsillitis symptoms, given their exposure to many bacteria, viruses, etc.

Volumes Speak of Gravity of the Tonsils Symptoms in Children!

According to NCBI data, recurrent occurrences of sore throat is common practice in India with almost 70 lakh reported cases of tonsillitis each year. The problem of acute tonsillitis or tonsillitis in children is more prevalent in ages between 6-18 years.

Tonsils Causes – It Can Happen to Any Child!

A case was studied in detail of acute tonsillitis of Mr. Hemant, age 14, student, aspiring singer, where alternative medicine treatment with homeopathy has been able to successfully manage this condition and avoid surgery altogether. The main tonsillitis causes can include prolonged and frequent throat infections, strep throat and infections of throat of viral or bacterial in nature. In this particular case, the patient was a school-going child studying in the 8th standard, when he was first presented with chronic tonsillitis symptoms. His mother reported absenteeism from school due to chronicity of his symptoms. She also reported lack of concentration and his falling numbers in academics so much so that his continued symptoms even started to impact his academic scores. His mother was also concerned about his performance at the school as he had to prepare for his board exams in years to follow, and his studies were being impacted severely. And Mr. Hemant was concerned that he could not give his best during his singing classes.

Tonsillitis Symptoms– Do Not Overlook Them!

On being asked about the symptoms, the mother reported that Mr. Hemant had a history of recurrent throat infections and had inflamed tonsils for over 8 years. As part of his tonsils symptoms, he had difficulty swallowing, complaints of painful eating, and at times, was unable to eat at all. He was also reported to have high fever with all the presumed tonsillitis symptoms. He had already failed oral medical treatment available in allopathic medicine, and allopathic doctors have advised him to undergo surgery in the form of a tonsillectomy for removal of tonsils.

The doctor started him with Calcarea Carb that was prescribed initially for 3 months along with Belladonna. This is the first line homeopathic therapy for controlling chronic tonsillitis symptoms. His initial response was very good. His acute attacks settled down after 3 months and he started to respond extremely well without actually needing any antibiotics. His frequency of attacks also kept on reducing with each episode and subsequent use of homeopathy. To the mother’s delight, the intensity of his chronic tonsillitis symptoms reduced and his dependency on allopathic medicines narrowed down to a great extent.

Anybody Contemplating Tonsillectomy Can Be Treated for Tonsil Infection via Homeopathy.

Mr.Hemant was able to keep the surgery on hold. For almost 2 years, he had no symptoms and he could easily give his 10th board exams which he passed with good scores. He also continued his singing practice and is now planning to represent his college at the inter-collegiate singing competition.

Homeopathy for tonsillitis has many benefits to offer. It is a natural form of medicine that heals holistically. It helps to reduce the severity and repeated infections of tonsillitis.  It also reduces drug-dependency and builds immunity to fight infections from within. It has a positive impact on the quality of life too influencing the quality of sleep, inducing normal growth in children, ensuring regular attendance at school, enhancing concentration and improving the academic performance.

Key Advice by the homeopathic doctor

Your throat holds your life’s remote; control it right! Consult our homeopathic doctors for a safe, effective, and long-lasting tonsillitis treatment by booking an appointment online at www.drbatras.com/book-an-appointment.