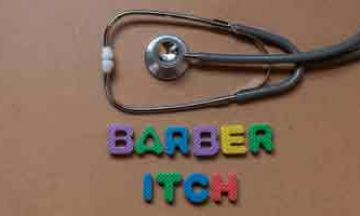 25 years old Salim came with eruptions on the beard area. There was a lot of itching and the eruptions appeared to be filled with pus also. He said that when he attempted to shave they would burst and crust and there were more eruptions seen all over the beard. He was given some local application for the same by an allopathic doctor but it did not help much. Then he sorted for homoeopathic treatment and in 15days it almost resolved. He continued taking the treatment for 6 months and the problem never recurred.

Barber’s itch presents as a cluster of eruptions in the beard that may be red, pimple like and could be pustular with a lot of itching in the affected area. There could be a burning sensation also. When these eruptions break they form crusts and eventually heal. There could be scarring on healing.

Homoeopathic medicines help to cure Barber’s itch rather than just suppressing it like the way conventional medicines would do. It prevents the recurrence by helping boost immunity levels.

Homoeopathy helps to boost body’s immune system and makes it strong enough to fight the infection naturally without causing any side-effects.

Homeopathic treatment focuses on the patient as a person as well as his pathological condition.

The disease diagnosis is important but in homeopathy, the cause of the disease is not just probed to the level of bacteria, fungus or virus. Other factors like mental, emotional, physical stress that could pre-dispose a person to contracting infection are also looked into.

The correct homeopathic remedy tries to correct this disease predisposition. Homeopathy focuses not on just curing the disease but to cure the patient and restore his health.

If disease pathology is not very advanced, homeopathic remedies do give a hope to cure, but even in incurable cases, the quality of life can be greatly improved with homeopathic medicine.

Homeopathic medicines are gentle, safe and have zero side-effects.

Keeping scalp clean is of utmost importance so washing hair with mild herbal shampoos stops the spread of infection.

Soaking the combs/ hair brushes in anti-septic solution before using them could stop the spread of infection.

Do not share towels, combs, hairbrushes, hats, pillowcases or helmets with anyone.