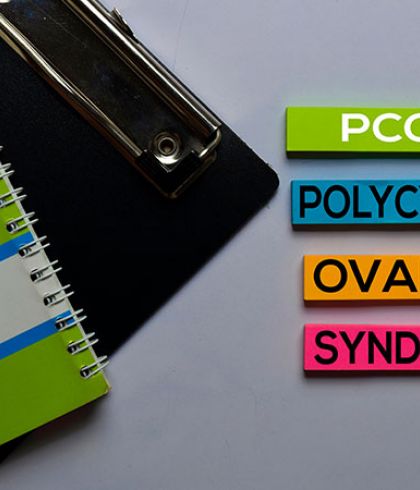 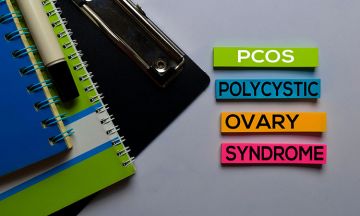 Some medical conditions hit you like a rock and change your life immensely. More so, even your daily routine is affected drastically. Considering these facts, it’s natural for you to pry for every piece of information regarding your condition that you can get your hands on. However, it’s equally important to go through the source of that information and review its credibility.

Even for a disease as common as Polycystic ovary syndrome (PCOS), myths don’t leave them. There are many delusional misconceptions which surround this disease. We’ve taken it upon ourselves to educate you and burst these myths.

Myth 1: You definitely have PCOS if you’ve cysts

There are certain conditions you have to qualify in order to be declared as a woman suffering from PCOS. Having multiple cystic ovaries is one of the conditions for being diagnosed with PCOS but not an exclusive one. The cyst is a sac filled with fluid which may develop on the ovaries. Typically, this is a painless process. However, having cysts doesn’t automatically mean that you have PCOS. Other conditions which indicate the presence of PCOS also include irregular menstruation cycle, an excessive quantity of androgens or cystic ovaries.

Want to read more about every tangent and façade PCOS carries with itself? Read more at PCOS: A disorder with many faces

Myth 2: If you’ve PCOS then you definitely can’t get pregnant

One of the most widely believed but absolutely false facts is the interdependence of pregnancy and PCOS. Admittedly, PCOS can affect your fertility negatively. But with proper care and advanced treatments, a woman can get pregnant despite being diagnosed with PCOS.

Women with PCOS are found to be obese in large numbers. However, it’s not limited to this statement. Being overweight aggravates the effect of PCOS on a woman’s body. However, PCOS doesn’t make any differences and can be diagnosed in women with all shapes and sizes.

Myth 4: You don’t have to worry about PCOS if you’re not looking to get pregnant

PCOS affects many aspects of your body and these effects are known to stick around in the long run as well. Other than affecting your fertility it can develop diabetes, high blood pressure (hypertension), poor cholesterol levels, sleep apnea, depression and anxiety, and endometrial cancer. All these things can make your life uncomfortable.

Consequently, regardless of whether you plan on impregnating or not, you should worry about PCOS and treat it. If you need further clarification on this topic, you can consult our experts at Dr Batra’s™ who along with offering the best homeopathic treatment for PCOS, will also hold counselling sessions to guide you every step of the way.

Myth 5: My symptoms of PCOS will get better if I don’t eat any carbs.

Second to gender inequality, carbs have become a social stigma often found at the receiving end of abundant discontent. Planning your meal while suffering from PCOS doesn’t mean you have to simply cut off carbs from your diet entirely. Instead, it’s about consuming balanced eating with a variety of nutrient-dense foods.

High insulin levels found in women undergoing PCOS have a hard time trying to lose weight due to fat storage. However, there are so-called “low-carb” diet plans which increase the likelihood of irregular ovulation for being high in saturated fat. Lucky for you Dr Batra’s™ has come up with a solution for this too. Their team of world-class nutritionists will design a diet plan for you to follow while undergoing PCOS treatment in homeopathy.

Never lose hope based on what “He said she said”. Yes, PCOS is most definitely treatable. The root causes of PCOS are tangled with hormonal imbalance. Homeopathic medicine for polycystic ovaries offered at Dr Batra's™ detangles these roots by resolving the hormonal imbalance, normalizing the ovulation and menstrual cycle.

span>The expert homeopaths recommend a customized treatment plan after the careful evaluation of your case history and every symptom leading up to PCOS.  You can book an online appointment and trust Dr Batra's™ to take care of your PCOS and you.