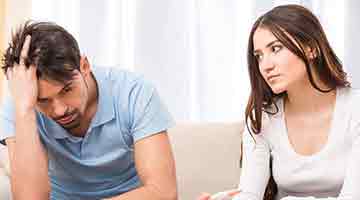 Did you know that use of laptops placed on your thighs can result in increase of scrotal temperature? This could lead to abnormality with sperm production. Thus, using laptops is best when they are located on table or desks, away from constant contact with your genital region.

This is just an instance. While there are various reasons which could lead to infertility issues in male including hormonal problems, other illnesses, reproductive organ injuries and blockages, sexual problems like erectile dysfunction and premature ejaculation can temporarily or permanently affect sperms and prevent conception. Still, men shy away from infertility tests which should not be the case. However, it is ideal for both - men and women to get infertility tests done. This would not only avoid unnecessary tests and expenditure later and could also result in prompt medical treatment of the problem.

Following an appointment with a doctor, the patient is instructed to provide a semen sample for analysis of the quantity and quality of the sperms in the semen. The semen analysis is an effective method of knowing what is going wrong in the reproductive system. Following are the possibilities -

There could also be a primary medical condition, the symptom of which could be manifested reproductively. Your doctor will suggest blood and urine tests, among others, for the same.

There can be 10 major causes of male infertility:

← previous go back next →

Psychological impact due to eczema

Request a call back