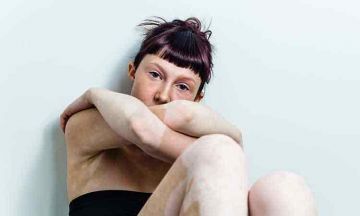 Anxious were parents of a 10year girl who suffered of white patches on various areas of the body. They said that these white spots would pose future problems in her life. They said that her entire life would be at stake because of these white patches. They lived in a society which was conservative and looked at theses patches as social evil. It was not only a stress for the small girl but a major stress for her parents too. Out of desperation in seeking cure and all the patches to return back to its original color they tried conventional treatments, then Ayurvedic medicines and performed all sorts of holy rituals too to get rid of the demon causing the white patches. But to their utter disappointment there was no relief in the symptoms and the patches kept increasing. The child felt embarrassed with her physical condition as her classmates teased her and called her names. She started lagging behind in her studies too though she was a brilliant child. She started getting irritable and would back answer her parents and she stopped going to play with children. Homeopathy was their only hope and last resort. After detailed case analysis she was given her constitutional medicine by the homeopath and was counseled by the doctor to help build her lost confidence. She was called after a month and her patches had stopped spreading. Within few months of continued homeopathic treatment the patches were all re-pigmented and she regained her lost confidence and stood first in class.

What are these white patches?

White patches are a result of abnormal immunity. It is termed as Vitiligo in medical language. It is a pigmentation disorder as it causes the pigment making cells /color giving cells of the skin to deteriorate to produce milky white patches. 10% of Indian population suffers from Vitiligo. In recent years there is an increase in children suffering of Vitiligo. Exact cause of Vitiligo is unknown but the probable triggering factors are genetics, emotional trauma such as stress, anxiety, fear. Vitiligo can be associated with thyroid, diabetes or any other auto-immune disease.  In Vitiligo there is a destruction of the skin pigment cells (melanocyte), which gives skin and hair it’s color through the formation of melanin (skin pigmentation). Melanin protects the skin from harmful effects of UV rays produced by the sun. Vitiligo patches can occur anywhere on the body.

How would Homoeopathy help in treating Vitiligo?

Don’t scrub the skin while having bath as it triggers new patches of vitiligo when vitiligo is in active phase. Protect your skin with a natural moisturizer and a good sunscreen as it helps guard the skin from harmful rays of the sun. Cosmetics which conceal white patches can be used after recommendation by your doctor.  Hydrate the skin by drinking adequate water. Include sesame seeds, brown grams and green leafy vegetables in your diet which help to revive pigment making cells and deal with Iron deficiency anemia. There are no particular diet restrictions in vitiligo. Having fish or milk does not cause vitiligo to increase. Practice de-stressing techniques to reduce stress.

Expose the affected skin to early morning sunlight as they help maintaining good amount of Vit D3 and not the sunlight after 8am as they tend to burn the skin.