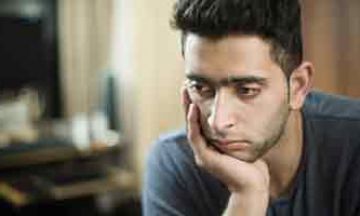 Priya, 32-year old software engineer, it came to her as a shock when the doctor told her about depression. It was difficult for her to digest the fact that something like depression could happen to her. Before she was diagnosed with depression, she had already lost her relationships, not only with her friends and colleagues but with family members also. No one knew what was going on, and before she received a correct diagnosis for depression, she couldn't explain her behavior to anyone as she was unaware of her medical condition. Different things made it worse at times, like being under a lot of stress, raising kids, and dealing with the job pressure. She became suicidal and had feelings of being a burden to everyone who cared about her.

This is just an instance to tell you how depression symptoms affect a person even before he/she knows about it. When the sufferer is diagnosed with the condition, it is too late to deal with the social and emotional consequences of the disorder.

Depression traps vary from person to person, but what they have in common is that they can serve to worsen your mood, perpetuating a vicious cycle. Here are five behavioral pitfalls that often accompany actual signs of depression - and how you can steer clear of them as you and your doctor and therapist work on getting back on track.

Many times when one is depressed, shutting oneself off from the world seems to be a very good idea. Not attending phone calls, staying locked up in the room, not meeting friends, and being completely alone appeals to many as the perfect way to deal with the problems. This method, in fact,makes things worse. Instead of helping you find a solution for your problems, it drags you further into depression. We may find ourselves becoming frustrated with our condition. Thinking a lot and finding ourselves with no answers can be disastrous. Instead, it would be better to avoid social isolation. Meet friends and family and seek their support. It will help you to deal with the signs of depression in a better way.

Bunking the gym or cutting out on your jog to stay in bed and sulk over your problems is not the way to handle signs of depression. Wallowing in self-pity only makes things worse. Instead, get up and go to the gym or for your jog. The fresh air and the workout will take your mind off your problems and help you look at them in a positive way.

This is a major component of depression. Thinking and re-thinking about your problems, losses, and inability to deal with the problems only adds to and worsens the situation. Rumination brings along with it a lot of negativity and paranoia. It can make you look and interpret even mundane things in a negative perspective. Instead, try and clear out the thoughts regarding your problems out of the mind and consciously do something else like reading a book to keep your mind diverted.

Many people turn to substances to alter their depressed mood. This can give you a temporary mood life but it will almost always increase the problem in the long run. When you pop a few sleeping pills or drink a peg or two more, you are pushing away your problems for the moment. They will only hit you back stronger and you will resort to more pills and more alcohol to 'deal' with them and you may end up being an addict, which is not good for your mental as well as physical health.

People find solace in food when they are depressed. It is true that dark chocolate helps you beat the blues with the hormone boosting properties that it has, but the same cannot be said about all sugars. Sugary foods like sweets, pastries, and junk foods make you feel good temporarily and you may feel rejuvenated enough to come out of depression, but in the long run, this is not the right way to deal with your depression symptoms. Such sugary foods fill you up with empty calories and cause several serious health issues.

Treatment for depression in homeopathy diagnoses the type of depression a person is experiencing, not just the problem by its name alone; it looks at each person (mind-body) as a completely unique individual. This is not merely based on the depression symptoms experienced during the condition, but also on one’s personality or temperament, besides the likely cause of depression.

Most importantly, depression treatment in homeopathy has the potential to offer a fairly cost-effective, and safe alternative treatment for depression, in comparison to conventional medicine, while contributing significantly to reduced lost workdays — without side-effects.

You need not struggle with PCOS anymore. Consult a homeopath!
Posted By: Dr Batra's™, 5 months 2 weeks ago

PCOS and Infertility: How are these related?
Posted By: Dr Batra's™, 5 months 2 weeks ago

What increases your risk for developing vitiligo?
Posted By: Dr Batra's™, 5 months 2 weeks ago