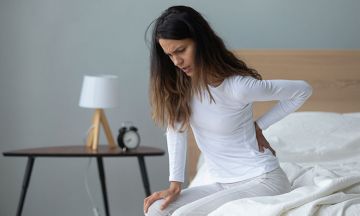 Can ankylosing spondylitis be cured by homeopathy?

If you are someone who is suffering from ankylosing spondylitis (AS), you know the pattern how it emerges - a classical early-morning stiffness and pain in your lower back that gets better, or reduces, during the day with exercise, or when you get into your regular routine. If left untreated, the inflammation can ultimately cause the vertebrae in your spine to fuse together which may result in decreased range of motion when bending, twisting, or turning.

Homeopathy is found to be the best approach in treating patients suffering from ankylosing spondylitis. Homeopathy helps moderate the overactive immune system, thereby stopping the progression of the disease. It also helps in managing pain and movement. However, to get the best treatment outcome, it is best advised to consult a homeopath in the initial stages of the disease. To consult our expert homeopaths, you can book an appointment online.

What is ankylosing spondylitis? What happens in this condition?

Ankylosing spondylitis (AS) is suggested to be an 'autoimmune disorder' - where the body's own immune cells damage the joints of the spine. This causes the swelling between your vertebrae and the joints, while involving your spine and pelvis.

Pain and stiffness are the first ankylosing spondylitis symptoms - they are usually felt in the lower back and upper buttocks. In certain advanced cases of AS, where ‘fusion’ of the spine has taken place, there may also be a complete loss of mobility. The whole area becomes brittle and vulnerable to fracture. The spine may also become inflexible (‘bamboo spine’) - this makes both standing and walking difficult for the ankylosing spondylitis individual. Ankylosing spondylitis treatment in homeopathy can be most effective when the intervention is taken well in time. This is primarily because homoeopathic remedies work by optimizing the body’s overactive immune system (defense system) and brings it back to normalcy.

If the treatment is started in the initial stages, when not too much of elastic tissue is lost, the prognosis is good. However, when extensive bone 'formation' has 'remodelled' the elastic tissue, homeopathic remedies may not be able to reverse the situation - although they may be used to ease the most distressing of symptoms of ankylosing spondylitis.

Unlike conventional medication for AS which comes with a host of side-effects, homeopathic medicines are safe and natural and can be taken for long duration.

At Dr Batra's™, we have experts in homeopathy as well as in rheumatology. We have achieved a patient satisfaction rate of 96.3% in treating bone health problems as authenticated by American Quality Assessors.

Unlike conventional medication for AS which comes with a host of side-effects, homeopathic medicines are safe and natural and can be taken for long duration.

At Dr Batra's™, we have experts in homeopathy as well as in rheumatology. We have achieved a patient satisfaction rate of 96.3% in treating bone health problems as authenticated by American Quality Assessors.

Vikram reported tangible relief from AS pain and stiffness with homeopathy

Vikram, a market analyst, presented with ankylosing spondylitis symptoms. He reported that conventional painkillers snubbed his ankylosing spondylitis pain, but only during the early stage. He was, therefore, put on conventional disease modifying drugs, including steroids, when the disorder progressed. In spite of this, his condition deteriorated. It was at this stage that Vikram contemplated of ankylosing spondylitis treatment in homeopathy. We analysed his case and prescribed him an appropriate homeopathic remedy based on his complete portrait of symptoms, clinical presentation, and temperament. After a span of eight months, Vikram reported tangible relief from pain. We also analysed and confirmed that the intensity of his ankylosing spondylitis pain and stiffness had reduced and the condition had stopped deteriorating any further. The best part - there was, at this point, no further evidence of inflexibility of his spine.

While early, appropriate diagnosis and ankylosing spondylitis treatment in homeopathy may minimise pain and disability, it is imperative to take care of your health in general to improve your chances of recovery - 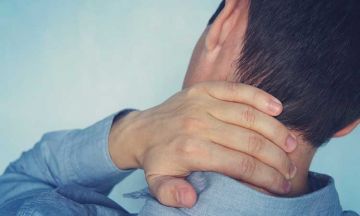 Diagnosis and treatment of ankylosing spondylitis 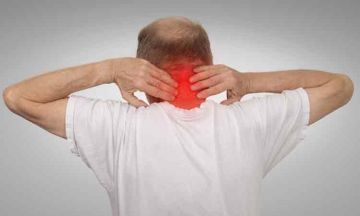