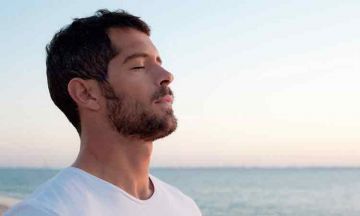 How to Breathe Easy with Asthma Homeopathy Treatment?

Don’t let the wheeze of asthma strangle your zest for life. Take on asthma with professional homeopathic treatment and continue to remain healthy, vibrant and active.

People who suffer from severe allergy to odour, smoke, pollutants, pollen, mould and house dust mite (HDM) rarely breathe easy. Nor do their parents who worry over their child’s every breath. Welcome to the world of asthma.

The word ‘asthma’ comes from the Greek aazein which means, ‘to exhale with open mouth; to gasp.’ It is this struggle for breath that is characteristic of the affliction.

The expression, asthma, was originally used in Homer’s Iliad. History suggests that Hippocrates, the father of medicine, was the first clinician to use the phrase in 450 BC.

Essentially, asthma is a psychosomatic disorder - triggered as much by allergens as by dysfunctional relationships and stress. It not only disrupts a family’s normal functioning but also deflates the affected individual’s belief in their own abilities. What is important to understand is that asthma should not be considered a single disease. It does not have a uniform pattern of presentation.

When outside (extrinsic) allergic factors are identified for asthmatic attacks, it is called extrinsic asthma. It is reported that a majority of extrinsic asthma patients may have a definitive family history with the onset presenting in infancy or early childhood. Most often extrinsic asthma is typified by a pattern of sporadic wheezing as the child grows older. The former may be seasonal or triggered by exposure to specific allergens such as dust. Extrinsic asthma has a better prognosis or forecast, in terms of response to medical treatment. However, a type of extrinsic asthma, in a fraction of patients, could be alarming as it can change from apparent normalcy to abrupt life-threatening attacks.

Intrinsic asthma is observed in individuals who do not present with any apparent allergic factor. It is also sometimes called cryptogenic asthma - a form that appears in one’s middle age following an upper respiratory tract infection (URTI). Suffocation (dyspnoea) is often severe, followed by a swift and discernible improvement on occasions. Other forms of intrinsic asthma may be caused by aspirin or other conventional medications.

How Do You Know You Have Asthma

In severe asthma, inhaling breath is far more difficult and fatiguing than exhaling breath. Naturally, asthmatic symptoms depend on the severity of the condition. At one end of the spectrum, a patient may evidence no obvious abnormality; on the other, they may become absolutely frantic. Other signs and symptoms include increased heart and respiratory rate.

Homeopathy does not treat asthma; it treats the patient of asthma according to the specifics of his/her condition. This is because no two asthmatic individuals present with the same symptoms.

Homeopathy uses safe natural substances based on medicinal information derived from clinical studies and experiential information of their remedial effects.

Homeopathy treats asthma on the presentation of symptoms peculiar to the individual plus what improves or aggravates the condition in relation to time, posture, movement and rest.

There was this interesting case of a sensitive child who we treated successfully. The child’s asthma attacks coincided with his father’s foreign trips and absence from home - this, we deduced, was triggered by feelings of separation anxiety. A few doses of a homeopathic remedy, which corresponds to such a symptom, were enough to make him feel all right and free from asthmatic episodes.

The efficacy of homeopathy for asthma has similarly been proven through clinical research.

In a study conducted at the University of Glasgow in UK, Europe’s largest medical school, asthma patients, given small homeopathic doses of the substance to which they were most allergic, showed significant relief within the first week of treatment. The researchers called this unique method of individualising medicines as ‘homeopathic immunotherapy.’ The study revealed the impressive positive results of homeopathic treatment without any side-effects. Over 80 per cent of patients given a homeopathic remedy improved.

In a double-blind, randomised placebo-controlled trial, a group of asthma patients was treated for four months with either specific homeopathic remedies, or a placebo (dummy pill). They were assessed using peak flow rates. 97 per cent of subjects taking homeopathic remedies experienced improvement, while only 12 per cent using a placebo showed progress.

A study, published in Biomedical Therapy, reported that a group of people suffering from corticosteroid-dependant asthma were given either a placebo or a combination homeopathic formula, every 5-7 days. Using standard spirometry and other tests to measure the response, the study found that the homeopathic combination product provided superior results to placebo.

A study conducted in India on a group of children suffering from clinically-defined asthma, who had previously been treated unsuccessfully with conventional medicine, showed significant benefits with the use of individually-prescribed homeopathic remedies for a period of two years - with reduced recurrence of asthma attacks. Results were assessed to measure the severity of dyspnoea. At the end of the allotted two-year-period, the results were analysed. It was found that asthma was controlled in 60.5 per cent of children who’d been treated with homeopathy and partially controlled in another 21 per cent

For the best results, it is imperative to seek the advice of a professional homeopathic doctor, because asthma is a complex disorder. This will also help to create a contingency plan in the event of a sudden asthmatic attack.

Exercise and immunity: What’s the connection?
Posted By: , 8 months ago

Boost your immunity with homeopathy
Posted By: , 8 months ago

Signs you have weakened immunity system
Posted By: , 8 months 3 weeks ago